We, April, Eric, Ash &Dixie (our 2 cats), moved to Raleigh in 2012 by choice, but landed in University Park at 812 Rosemont somewhat by chance. We moved to the neighborhood from Baltimore, where neither of us is from but where we lived for many years and met. Living in downtown Baltimore, we became rather spoiled being close enough to walk to lots of shopping & many restaurants.  We hoped to find the same situation in Raleigh.

After months of searching for a house rental, we found 812 Rosemont listed for rent on Craig’s List. It seemed like a great fit immediately, so much that April flew down that weekend, to meet with the owner, Margaret Strickland. As soon as April smelled the chocolate chip cookies baking in the oven, she was sold. We moved in around NYE 2012 and fell in love with the house and the neighborhood immediately.

For us there was so much to like about the house: a basement, big yard, nice flow to the downstairs living area, screened in porch and a perfect spot for April’s home office.  Also with the original structure built in 1941, we felt the house had character with plaster walls, two fireplaces, and hard wood floors.  Including the basement there are 3 levels: the kitchen, dining room, den, living room, home office and laundry room are all on the first floor with 4 bedrooms and 2 full bathrooms upstairs.

We wound up buying the house in the spring of 2013, about a year and half after moving in. Shortly thereafter, our new tenant, Jordan, arrived with our son’s birth in June 2013. Shortly after that, we began to explore redecoration ideas. First we had the exterior of the house painted, then the interior.  The inside of the house has taken on somewhat of a southwest theme inspired by a favorite vacation spot, Taos, NM. There’s lots of turquoise and Taos art throughout, even terracotta paint on the walls.

Work to the yard came next with new sod in spots, blueberry bushes, orange native azaleas, hydrangeas, peonies, and roses- to name a few. There are additional projects on our list, but for the time being we are content to pace ourselves and enjoy the nearby restaurants, get to know the rest of the neighborhood and enjoy our favorite sports teams.  Speaking of which you may see our flags flying out front: Eric is from the Pennsylvania area and a huge Steelers fan, while April is from South Carolina and a Clemson fan. 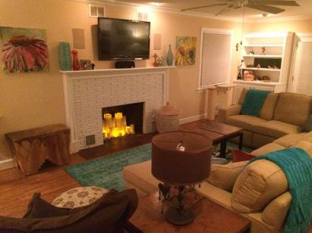 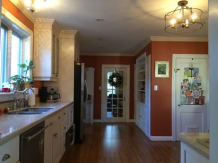 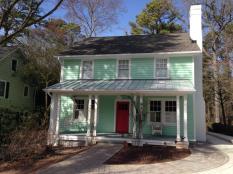 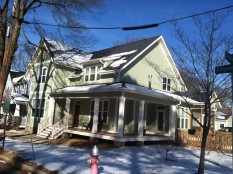 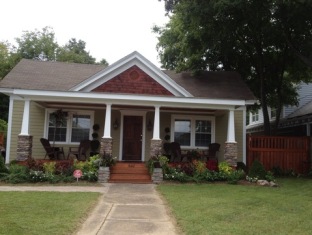 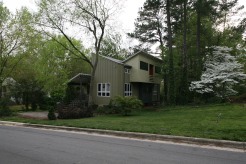 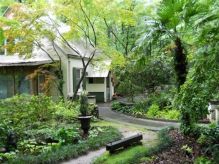 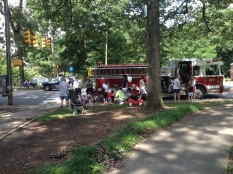 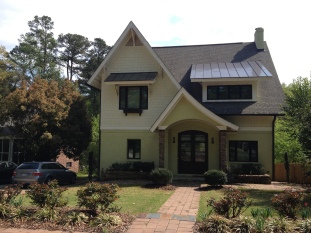